Sony may have made its name in the electronics business with video game consoles, but it has since expanded its reach to many different types of devices, including computers. The popular VAIO line of laptops is produced by Sony, and it is clear that they have used their many years of electronics experience to create impressive laptop computers.

With so much experience with interactive technology in the form of consoles, Sony has had no problem adapting to the personalized and portable laptop market or adjusting to new control schemes like the touchscreen technology offered on their new ultrabook models to accommodate all the features of Windows 8.

They already understand very well that users want interfaces that are intuitive and respond quickly so as not to disrupt the flow of our busy lives. That’s why their current Sony VAIO laptops focus on utilizing the new touch and wave functions to the greatest possible extent as well as including a better-than-ever sleep mode so your device can be up and running in a matter of seconds. 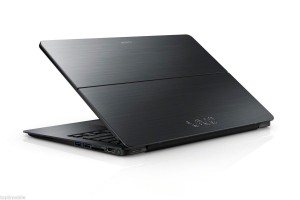 Sony also allows a lot of customization options when ordering a laptop. It is great when companies do this because it can save the customer a lot of money.
By allowing you to pick only the upgrades you want and need while keeping cheaper parts for the elements you don’t need- like a computer with extra memory but less sound quality for people who are going to have a lot of files but don’t listen to music or watch videos on their computer often- you can get the exact machine you need without paying extra for features you’ll never use.
Also, the ability to build your computer part by part in the manufacturing stage indicates that the elements are separate, which means that if one part goes bad or you need a specific upgrade in the future, it will probably be easy to replace the individual part, and you won’t have to buy a whole new computer!

If you have been looking into Sony products, then you can’t afford to miss these Sony VAIO laptop deals. Have a look!